You are here: Home / WP Tutorial / WP Plugin / WPForms VS Gravity Forms – Which Is The Best Forms Plugin for WordPress?

As you are reading this WPForms vs Gravity Forms comparison, it’s not hard to guess that you’re looking for the best forms plugin for WordPress website.

Both the plugins have some amazing features and are two of the most renowned WordPress forms plugins of recent times.

But, how to choose one among the two? WPForms or Gravity Forms – which one should you buy for your site?

In this article, I am going to compare WPForms vs Gravity Forms and find out the best Forms plugin for WordPress website. But, before we move into the detailed comparison between WPForms and Gravity Forms, here is a quick comparison of their features.

Now, before we start comparing them in detail, let us briefly describe these two WordPress forms plugins.

What is Gravity Forms?

Gravity Forms allows a user to go beyond the basics and create quizzes, surveys, questionnaires, and order forms, etc. Initially, it was used for contact forms, but now a user can use it for WordPress post creation, calculators, employment applications, etc.

WPForms is a drag and drop form builder plugin with a user-friendly and beginner-friendly interface. Through this plugin, a user can create multiple, creative forms for contact, subscription, and payment, etc. in a matter of minutes.

Now let’s move into the next segment of this article and compare WPForms vs Gravity Forms to find out which is the best WordPress forms plugin.

In this section, we are going to highlight few of the top features of WPForms and Gravity Forms and depending on the result under each category we will disclose the overall winner at the end of this article.

Therefore in order to find the best plugin among WPForms and Gravity Forms go through this section carefully.

WPForms offers its users a user-friendly and beginner-friendly drag-and-drop interface due to which any user can craft beautiful, functional WordPress forms within a few minutes, which is one of the main advantages of this WordPress Forms plugin.

Just because WPForms has a beginner-friendly interface, so a user doesn’t need to hire a developer or write any code to create their forms. Moreover, this plug-in also comes with several add-ons and widgets which help the users in a number of ways.

Winner: In this category, WPForms edges over Gravity Forms due to its beginner-friendly nature.

In WPForms all license purchasers have access to six editable templates, including a basic contact form, a quote request form, and a billing form. The Pro members and the Elite members get access to an add-on pack with more than 100 pre-made forms.

Moreover, in WPForms, all templates are editable and can be customized to fit an individual’s needs with the help of WPForms’ easy-to-use builder.

While on the other hand Gravity Forms only allows manual form creation. In Gravity Forms, a user can easily create custom forms and can even find tools to aid them among the third-party add-ons available for the plug-in.

Winner: In this category, both WPForms and Gravity Forms are equally matched, but due to the presence of extensive library of pre-built templates within WPForms we can say that WPForms edges slightly over Gravity Forms when compared with respect to Form templates.

WPForms has a free version which a user can download from the WordPress.org repository. Moreover, it also provides four premium plans which are known as the Basic License, Plus License, Pro License, and the Elite License. The premium plans start at $79/year and extend up to $599/year.

On the other hand, Gravity Forms offers three premium plans, which are popularly known as the Basic License, Pro License, and the Elite License plan. The premium plans range from $59/year to $259/year.

Winner: Unlike WPForms Gravity Forms does not contain a free version due to which in this category. So, WPForms is the winner in spite of having expensive premium plans.

WPForms offer a 14-day money back period, which means that if the user gives up their service during this period due to any reason, they will get back the entire invested amount.

Gravity Forms, on the other hand, gives its users a 30-day money back period, which is also one of the main advantages of this WordPress Forms plugin.

Winner: Gravity Forms is the winner in this category as it offers a 30-day money back period compared to only 14-days in WPForms.

WPForms comes with fantastic customer support facility, which is evident from the fact that it offers 24/7 customer service and moreover the customer agents try to solve the issue within a few minutes.

They always try to help their customers irrespective of the fact whether they hold a premium membership or not.  A user can seek help from the customer support agents either by submitting a support ticket or by filling out a contact form.

Gravity Form, on the other hand, offers ticketing support only to the premium members and moreover, they provide support only on weekdays from 9 am to 6 pm which means that users don’t get help on weekends which is a significant drawback of this Forms plugin for WordPress.

Winner: In this category, it is quite evident that WPForms is the winner as they offer top-class customer support facility irrespective of the fact whether the user has opted for a premium plan or not and also because of their 24/7 support facility.

WPForms offers its users 33 add-ons, but unlike Gravity Forms, it does not have a community to support add-ons from third-party providers, which is a small drawback of this forms plugin for WordPress.

Winner: In this category, Gravity Forms is the winner, as it offers more official add-ons than WPForms.

I have given an in-depth comparison between two of the most popular and best WordPress Forms plugins of 2019.

And, after comparing WPForms vs Gravity Forms in detail, we can conclude that the former is much better as in four out of six features I have mentioned above, WPForms is the clear winner.

WPForms is affordable, has a ton of features and has an excellent support system. They also have a free version. So, you can also test it out before going for a premium version.

And as icing on the cake, they are offering a big discount offer, where you can save 50% on any of the WPForms plans!

What do you think about this comparison between WPForms vs Gravity Forms? Please feel free to share your thoughts on the same. 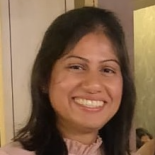 Hi, I'm Manidipa, the lady behind WPBlogging360. I love to write about WordPress Blogging, SEO, Internet Marketing & Money Making Tips. Connect with Me me on Twitter, Facebook & Google+ or subscribe to our Newsletter for regular helpful guides. Thanks for sharing this article with your friends as "Sharing is Caring" :)